Marc lives in Geneva, is currently on a research trip around the world as an author on the subject of nudity and has come across the subject of nude hiking in Germany. Since it is his principle to report from his own experience and feelings, he went on a nude hike with us and talked to the other participants at length and in detail. As one of many episodes, the German practice of nude hiking will be a topic in his book, which is scheduled for publication in 2021 – natury will report.

The route, we have chosen for the nude hike, is a circuit around the Nyeye dam, which has been an occasional nude hiking destination for many years, and where you can easily engage in conversation during the hike, because you don't have to concentrate so much on the trail.

After the 13 km long slightly mountainous tour had been completed, the "Neue Marhof" in Niederdürenbach, directly adjacent to a well-attended swing golf course, was the hip spot for numerous ice cream scoops, hot coffee, or cool refreshments after the hike. 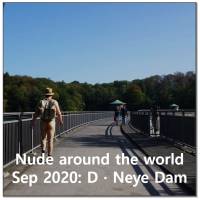 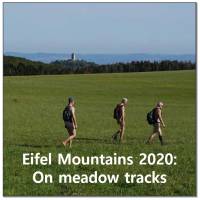 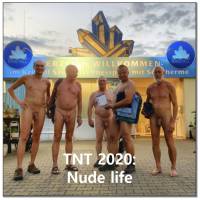 The Thüringer Naturistentage (TNT) 2020 offered 10 days (from Friday to Sunday) of varied, naturist activities in Thuringia and in neighbouring Saxon Vogtland. Base station was the town of Zeulenroda...

Also in 2020, an international group of naturists from Ireland, England, the Netherlands, Belgium, France, Switzerland, Austria, Slovakia, and Germany met again in a side valley of the Zillertal to hi... 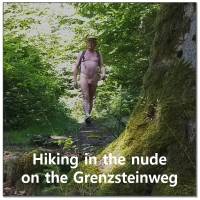 In the small village of Ringelstein begins the Grenzsteinweg , which is a part of the forest route – the 240 km long main hiking trail of the Sauerland. The Grenzsteinweg takes its name from several... 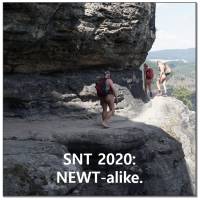 In 2020, the SNT offered for the first time the option to stay together in a hut during these naturist days. Also, it went more international with participants from several regions in Germany, England... 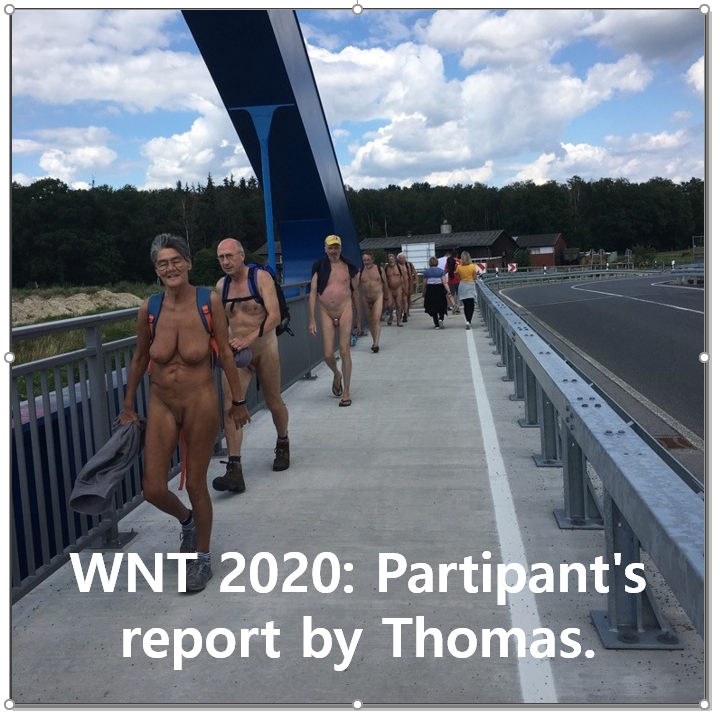 "Past large grain fields, fruit trees full of sweet fruits, and lush meadows with hungry, but also curious cows and bulls, our way led through the farming communities. Everywhere we noticed that th... 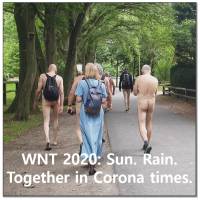 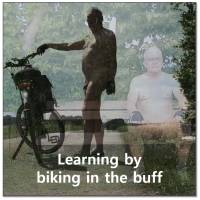 After the beginning of summer, the weather offered a lot of sun and warmth around 30°C, so that when cycling you were happy to feel the wind directly on your skin. I thought I knew from storks, tha... 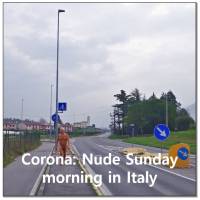 Everything began almost silently with the closure of the libraries in mid-February. Little by little, bookstores and clothing and stationery shops also closed. The bars could only serve at the tables ... 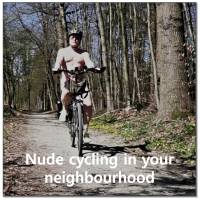 Nude cyclists are like fresh green: After the long, barren winter, they jump out of their clothes on the very first warm day of the year - directly onto the saddle. As a cyclist, you always generate y...

While trying out a nude hiking route of the WNT, which has been modified with new sections, I passed a parking lot, which is situated at a barbecue area and a children's playground with sandbox and ... 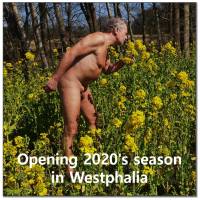 Bright sunshine invited on Palm Sunday, he aim was the first hike of a newly explored path for WNT with long barefoot stretches, a bathing opportunity and a rest area with one of our cars previously p... 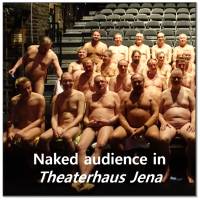 On Saturday, 15 February 2020, Theaterhaus Jena provided the opportunity to its audience, to attend that day’s performance of the play Nackt naturally, i.e. without clothes. ‘Six people are on stage...