Naturism in the Federal Republic of Germany (FRG)

1949, naturists founded the German Deutscher Verband für Freikörperkultur (DFK) [en: German Association for Naturism] as an umbrella organisation for the naturist associations in Germany, as well as the (independent) naturist youth. In 1953, the association has been registered. Regardless of Richard Ungewitter's nearness to the nazis, which he had documented early with his books "Nacktheit und Aufstieg. Ziele zur Erneuerung des deutschen Volkes" (1920) [en: "Nakedness and Rise – Goals for the Renewal of the German People"] and "Rettung oder Untergang des deutschen Volkes. Nur für Deutschgeborene!" (1921) [en: "Rescue or Fall of the German People. For native Germans only!"], the DFK appointed him at the age of 83 as honorary member.

FRG of the 50s, the naturist activities were limited to the grounds of the naturist associtions. In Yugoslavia and France, the first naturist holiday destinations emerged.

At the beginning of the 1960s, interest in naturism increased significantly. Near Kampen on Sylt, the public naturist beach was created again, about which numerous reports appeared in the press. At the same time, there was a massive increase in the number of naturist associations.

The social upheavals initiated by the 1968 movement made the subject of nudity popular and i.e. a frequently used means of expression on theatre stages. Also for new concepts of lifestyle such as communities, anti-authoritarian child education and loosening of partner ties, the much freer handling of the nude body played its role.

rivers, lakes, and canals. Usually these were only tolerated, but in many cases resulted in the official designation of nude bathing places. At the end of the 1970s, the nude conquered the English Garden in Munich, and after a futile attempt of the police to prevent sunbathing and bathing in the nude, the city administration released a large part of the garden for a nude stay. Other parks in other cities followed.

Until the integration of the new federal states in 1989, however, the development of the naturism had already way outrun its peak. In the associations, the average age went up slowly, because the offspring stayed out – the nude bathing alternatives outside the associations were attractive enough for the young people.

There was also a tendency for youth, to lose interest in naturism more and more. Around 2010, an 18-year high school graduate, who had participated in several nude hikes, reported: "I cannot tell my classmates about that anything at all, or else I would be completely out of favour with them. They all don't think anything of it." This is also evident in the number of nude people in the English Garden: In the 1980s, thousands of mostly young nude people stayed here on warm days, today still one or two hundred mostly older ones.

150,000 naturists were active members of DFK associations in the 1970s, yet 45,000 in 2015. Naturist tour operators estimated in 2000 from the statistics the number of German naturist holidaymakers to about 8 million – this number has been only slightly reduced to this day. 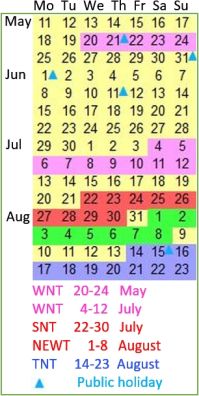 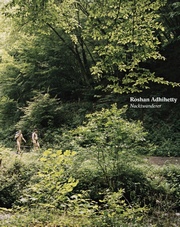 We use cookies on our website. Some of them are essential for the operation of the site, while others help us to improve this site and the user experience (tracking cookies).

You can decide for yourself whether you want to allow cookies or not. Please note that if you reject them, you may not be able to use all the functionalities of the site.