Introduction
Many artists around the world integrate nudity into their work on stage or perform in the nude. We have discovered some of them during the Festival Body And Freedom, which the Swiss artist and organiser Thomas Zollinger conceptually developed and ramped up in 2015 in Biel / Bienne, Switzerland. Other artists raised our attention watching their performances on stage or by browsing the Internet.

The information below about Claudia Bosse and publicly available videos of her works was found by searching the internet.

“Claudia Bosse (* 1969, Salzgitter-Bad) is a German director, artist and choreographer.
Life:
Claudia Bosse studied directing at the ‘Ernst Busch’ Academy of Dramatic Arts in Berlin. After her studies, she realised productions and theatrical installations, urban interventions in Berlin, Beirut, Cairo, Brussels, Düsseldorf, Prague, Hamburg, Krems, Jerusalem, Geneva, Vienna, New York, Tunis, Podgorica (Montenegro), Graz, and Jakarta. She received lectureships and published on her directorial work and installation projects.
In 1996, she co-founded the ‘theatercombinat’ and became its artistic director. From 2006 to 2008, Bosse worked as a permanent guest director at the ‘Théâtre du Grütli’ in Geneva, where she staged, e.g. ‘Phèdre (Racine/Seneca)’.
Since 2011, Bosse was increasingly active in the field of visual art, for example with ‘Explosion of Silence’ for the Prague Quadriennale 2011 and ‘der raum der raum das bild das bild das bett der baum und die entblößung der leiber’ [en: ‘the room the space the painting the images the bed the tree the denudation of bodies’] for the Leopold Museum, Vienna. […]“
– Source: “Claudia Bosse” (de.wikipedia.org), 2020, translated, layout modified by author 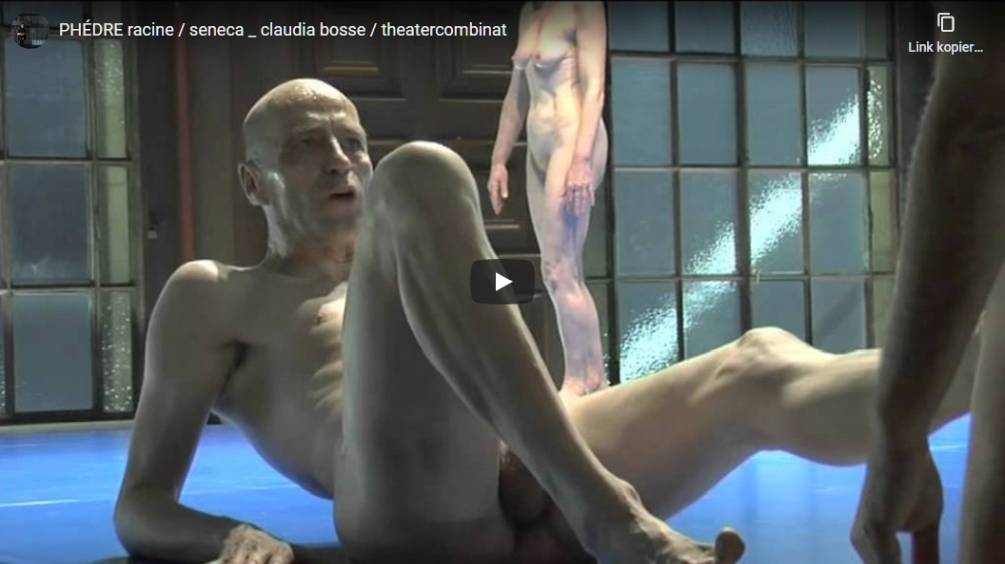 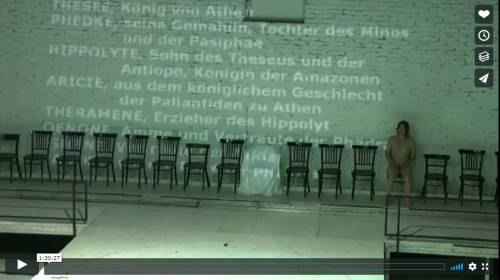 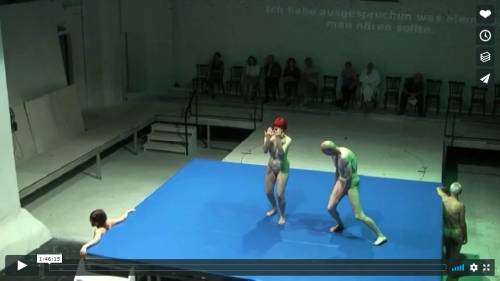 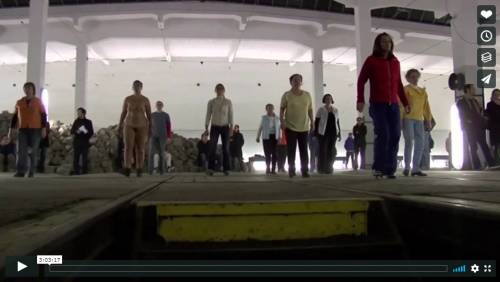 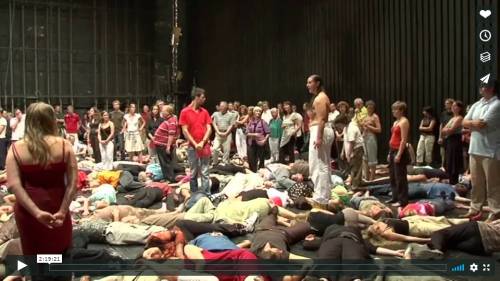